The Short North’s Tai Tiki restaurant closed and has been sold to new operators who plan to bring a craft bar and restaurant called Julep to the space later this summer. 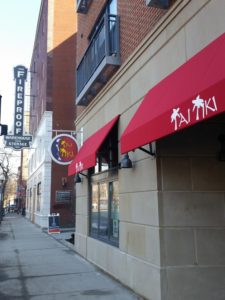 “We’d been looking in the Short North for some time,” new owner Fadi Michael told me. “We think we found a really good opportunity.”

Michael and his brother Sam Michael are Michael Brothers Entertainment Group, owners of Park Street Cantina, Formaggio near Ohio State University and the newly opened Granero in the Arena District.

The restaurant was owned by Tai Lieu, also the owner of Tai’s Asian Bistro and Sushi Bar on Lane Avenue near Upper Arlington.

“They were doing ok there,” said Mike Fitzpatrick, president of Elford Development Ltd., the developer and property owner. “I think (Lieu) wanted to focus on his other restaurants. I think it was a challenge as a small family business to be at all of them.”

He said he believed Lieu was developing a new restaurant as well.

The transaction was between Lieu and Michael Brothers.

“We’ll have something that fits well with the fabric of the neighborhood,” Michael said. “It’ll be more of a craft bar environment, 40 beers on tap, as much local as possible. It’s something that’ll fit well in the Short North.”

He promised a unique food menu and teased at least one dish — rabbit wings.

Michael declined to share the cost of renovation, but said he expects to place to be closed for between one and two months before reopening.